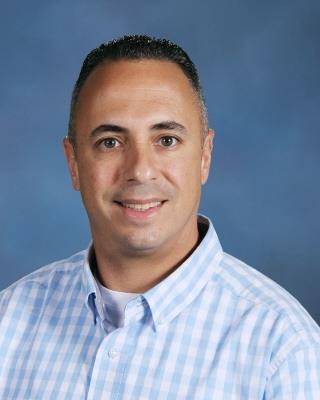 Born and raised in Puerto Rico, I learned early that valuing structure involves having a sense of control over your surroundings. Exercising discipline to maintain an acceptable level of boundary contributes to the formation of successful students and the outcome of successful happy adults.

After graduating with a BA degree in Business Management from the INTERAMERICAN UNIVERSITY in Puerto Rico, I completed a Master Degree in Industrial Management at same institution. I also worked 2 years as a Culinary Arts Professor at Proyecto Nacer in San Juan. I relocated to Florida in 2010 and completed my second M.D. in Human Resources. In Florida I have worked as a Regional District Manager where accomplished my goals as a company’s leader. I am now married and a father of two daughters, I am now part of the faculty of the Charlotte High School. I look forward to becoming a great contributor of teching spanish and Culture during this coming year. Looking foward in seeing you in class!

Charlotte County Public Schools attempts to make all of our websites accessible to all visitors. If you encounter a problem with website accessibility, please fill out our webpage accessibility request form to request alternative access to the content. Alternatively, please call the school or district department responsible for the page and they will provide you with alternative access.
Copyright © 2002-2020 Blackboard, Inc. All rights reserved.